Borsalino, the story of a hatter...

Giuseppe Borsalino was born in 1837 at Pecetto di Valenza, a small village in Piedmont. Aged just 16, he would leave for Paris and work in Bertel's atelier, renowned for top hats.

At that time, Paris is in full swing: it is lively, elegant, romantic, and brazenly fascinating... It is the global hub of manners, of fashion, and of novelty; it is racing towards a time of social change and artistic innovation known as the Belle Epoque.

For the young Giuseppe, this was an immersive experience which provided an all-round training; he managed to obtain a Certificate that allowed him to return to Italy and open in Alessandria the first BORSALINO ATELIER, together with his brother Lazzaro. 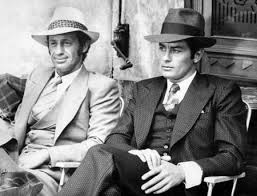 It was 1857, and the young entrepreneur launched a small factory with ten workers who produced 120 hats a day, made ENTIRELY BY HAND.

In the 1860s, no one would have dreamt of going out without a hat – it was an essential accessory. In fact, had we been able to capture aerial shots with modern drones, we would have seen thousands of hats of various shapes and sizes, like a flowery expanse in black and white.

His scrupulous search for premium raw materials even led him all the way to Australia, in pursuit of rabbit farms that could provide the best fur.

Paris – where the Lumière brothers’ "Cinématographe" was all the rage – would prove just as successful for the Borsalino brothers, with the new hat invented by Giuseppe soon becoming fashionable.

As a matter of fact, the shape of his hat evolves due to a strange occurrence.

It happened in Florence, in 1869. Cristiano Della Robbia, a liberal deputy, was assaulted for denouncing the corruption of the Italian State, and a blow with a stick left a dent on his hat.

The 'abused' hat inspired a new fashion, the new 'ROBBIA' design. Borsalino introduced it in his production, but modified some features. He worked it differently, with a lighter, softer, and more pliable felt – changing its grip, and the gesture to wearing it... the 'FEDORA' was born. 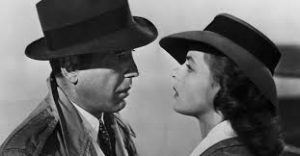 The Fedora is the SENSATIONAL HAT!!!

America loved this hat, and it soon became an icon of elegance and class.

Not only high-ranking people used the Fedora, but also the Italian-American gangsters... and movie actors.

How can we forget Humphrey Bogart and Ingrid Bergman in the movie Casablanca, or the Al Capone movies...? oppure i film dedicati ad Al Capone etc…

The hat shapes the character, and actors push the Borsalino!!!

In 1900 – the same year the great entrepreneur died – the Borsalino company was awarded the Grand Prix at the Exposition Universelle in Paris, a national recognition of excellence. The company was taken over by the founder's son Teresio, who managed to continue his father's successful journey.

On the eve of the Second World War, Borsalino produced two million pieces, and employed 2,500 workers. In 1944, the factory was forced to put its production on hold and manufacture felt socks for the Italian army, but after 1945 it was able to recover.

The Borsalino brand has acquired an irresistible charm, and in our minds, it is synonymous with style, with a touch of elegance and originality. 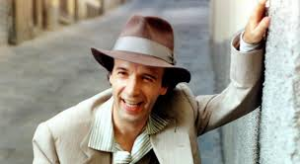 Fashion changes, and so do economic interests and social habits: regrettably, the use of hats has almost disappeared since the 1960s... Comfortable and casual clothing was preferred, and young people started to wear long hair in the name of freedom... A new way of seeing the world was born. In this new vision of the world, there was no room for hats, especially as an object that had become associated with a certain social class. Top hats and bowler hats, felt hats and berets; they all disappeared, as if to unify all social classes.

The original Borsalino factory in Alessandria has become a museum showcasing samples of all the hats produced by the brand, from its beginnings in 1857 to the present.

However, Giuseppe Borsalino should be remembered not just as a far-sighted entrepreneur, but also as a philanthropist, for his numerous charitable acts in favor of public and private institutions. 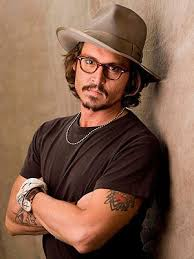 In a nutshell, this is the story of a great gentleman from bygone times, whose genius can still bless us with emotions... When I hold a vintage Borsalino hat in my hands and admire its golden extra-superior-quality label "BORSALINO ALESSANDRIA" I can't help but think back of this story. I can imagine the smells and noises of the machinery in the factory, the movements of the skilled hands blowing, fulling, and finishing the felt... all the manufacturing steps perfected by the workers, generation after generation...

In my store, you can find this accessory, which makes me feel proud of the unique quality of our made in Italy tradition, exuding passion for a true craft... so hard to find nowadays.

My job is to guide a bareheaded customer in his search for a hat that flatters his figure, suits his personality, and enhances facial traits. If we can find it, he will walk away wearing it with pride, and I will feel proud to have recommended a piece of history called BORSALINO!

HOW MUCH MAGIC RESONATES IN THAT HAT!